Jeri Lee, was born May 1 1939.  Being a Beltane child she was compelled her
to seek her magical powers. She became the childish leprechaun that hypnotize
her father’s chickens and talked to the farm animals while knowing at a young
age she was searching for the pot of gold from her inner rainbow.

In the 60’s, her career went from commercial
artist to technical illustrator.  Then in
the 70’s she became a silversmith Designing and Producing a unique line of jewelry
and marketed it at major Renaissance fairs and Art shows along with wholesaling
to about 250 major metaphysical stores and catalog companies in the US.

All this time her interest in the Tarot,
Palmistry, Astrology and Hypnotherapy along with life in general developed.  These occult influences reflected in her
unique style of jewelry.

AKC show ring where she claims over 100 AKC
champions to date.  She raised these
beautiful dogs and sell puppies on her website https:chinesecrested.us

In 2008 She formed SpiritSaea Foundation
and on 12-21-12, reopened her metaphysical center specializing in healing techniques
from nature.

She
studied QHHT hypnotherapy under the late Dolores Cannon which involved the use
of past life regression and letting your own body heal itself.

At age 75 She flew to Ca to take an active
part in her graduating class of 2014 from HMI Hypnosis Motivation institute
receiving a diploma for a career she started as child.  When she started at a young age hypnotizing
her father’s chickens and her mother’s cat.
She calls her talents self-taught however the nature of it all is often
a gift you were born with that you earned in an earlier lifetime.

Her mind never shuts up and She is
currently generating new ideas to print along with organizing the collection of
manuscripts she has written over the past 50 years.  She is self publishing under SpiritGaea  and can be found on Amazon.com. 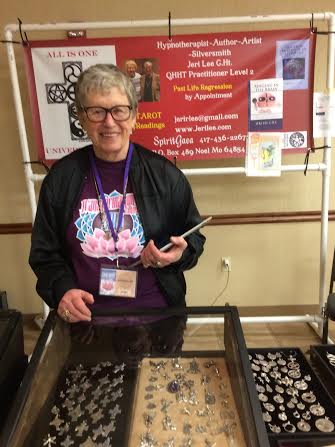 Even though smiling  uses more muscles than a frown, it is believed that it takes less effort than frowning.   Smiles have a bonus of  a positive feedback. 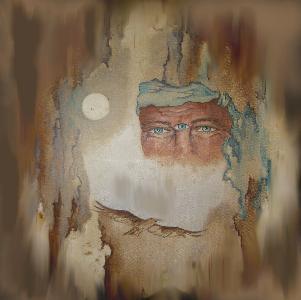 USE Your Third Eye

The third eye is to the gate that leads to inner realms of higher consciousness. it often symbolizes a state of enlightenment or the evocation of mental images having deeply personal spiritual or psychological significance.

OPEN THE EYE and SEE instead of LOOK

Reading the Tarot cards is one of Jeri's talents that was encouraged by a Hungarian Gypsy in 1975 who taught her to touch the cards and read them through her finger tips.

Your Hand tell All about you and is your roadmap to life. The shape size and design of your hands dictate what direction you take in this life.

You are What You Eat

A New look at the Good Old Times when we knew what our food contained .